Tag Archives: picking up the bees

Since we lost our Italian hive on the roof of Abbot’s Cellar this winter we decided to re-queen with local stock this spring. Our bee jedi in Sausalito hooked us up with a rad local nuc (originally a swarm and has survived two years with no treatment or feeding).

A bit about our queen and nuc from Jennifer herself:
“Your queen was not grafted, rather she was naturally made as a swarm cell when the mother hive was getting too big and the bees were ready to swarm.  The nuc is made up of bees from her mother hive and the ones she’s made since. She’s been laying since around the 1st of April.  If you haven’t seen her already then you’ll soon see she is marked, though the paint wore off a bit.  Green for 2014.”

(Cameo by Jennifer and Chef Adam) 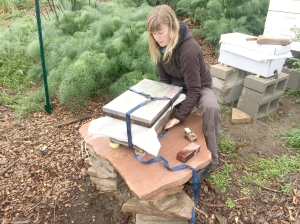 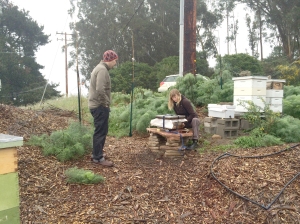 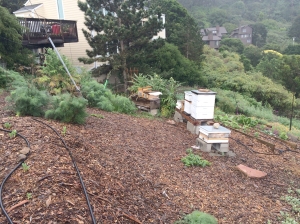 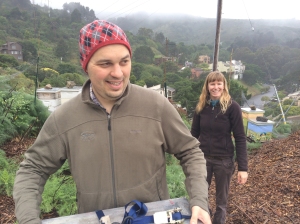 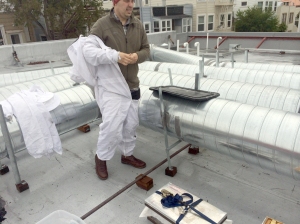 Picking Up the New Bees! 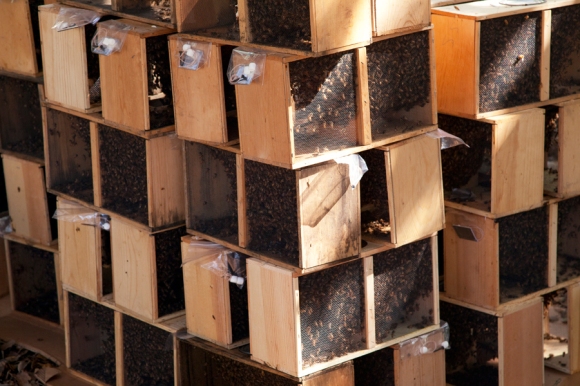 These are boxes filled with new hives ready to get started! Wow! 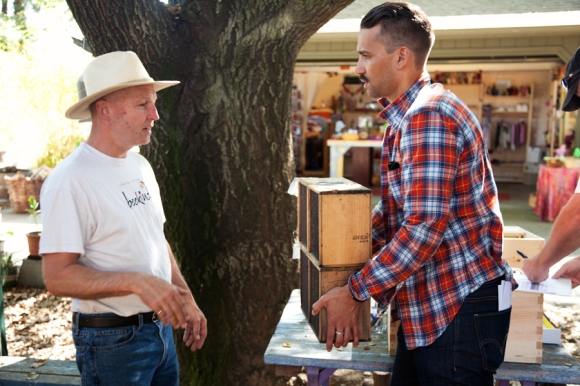 Cam speaking with John up in Sebastapol. John is the guy at Beekind from whom we took our one and only beekeeping lesson last year. A true lover of all things bees. 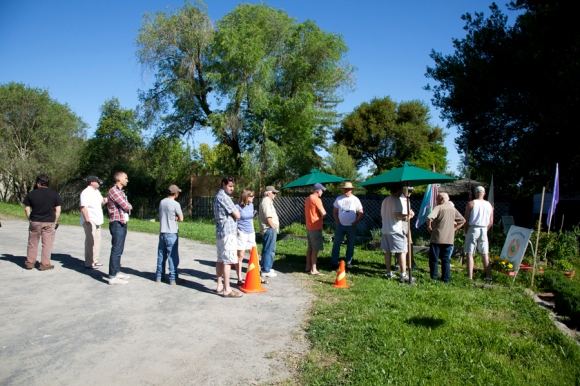 Beekeeping is getting popular. This is the line at 9am in the morning, in an abandoned parking lot. Last year there was only 1 person in line!